We're sorry, but our site is built to take advantage of the latest web technologies that Internet Explorer 8 and below simply can't offer. Please take this opportunity to upgrade to a modern browser, like Google Chrome or Internet Explorer 11.

A Tradition of Innovation and Excellence in Parking Design

Richard C. (Dick) Rich, PE is recognized as one of the parking industry's most creative and innovative forces. In the early 1950's, there was only a handful of specialized professionals, with Dick Rich in the forefront of developing many design features taken for granted today. The list includes self-park garages, multi-use facilities, and major structures that are the parking standard in many U.S. cities. His design of the first mega-structure at O'Hare Airport in Chicago was once listed in the Guinness Book of World Records. Still leading Rich & Associates, he shows no signs of slowing down or loss of creativity. 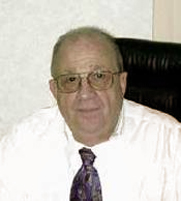 In many ways the story and success of Rich & Associates, Parking Consultants is due to the vision and innovation of its founder Richard C. Rich.

Dick is also an innovator in parking facility management, becoming one of the first parking consultants to develop and operate his own parking structures in the late 1970's. "The ownership opportunity provides a platform for testing new technologies and services," Dick says. "Our facilities have often been trend-setters for features like dynamic signage and security systems incorporating closed circuit television and sound monitoring technologies."

"When you are responsible for everything, including management, operations, and security, you work harder to find ways to make facilities safer and more attractive to parkers," he says.

Dick Rich is well-known for his colorful personality. "One of the legendary stories in our company took place in Dayton, Ohio in the sixties," says Rick Kinnell, a principal with Rich & Associates, "Dick had completed a garage, but city managers wouldn't give him an occupancy permit because they claimed that the walls wouldn’t withstand a five mile-per-hour collision.

After listening to his engineering team argue with them for several hours, Dick went out, rented a car and drove it into the wall at twice that speed. Needless to say, the wall survived just fine, and by the end of the day Dick was on a plane back home, permits in hand."

After 67 years in the business 52 years at the head of his own company he is proud of the thousands of garages throughout North America and overseas, designed by his firm. Dick feels that some of the biggest challenges and opportunities will revolve around security and a continuing move to a more diversified set of services.

"Of course, we will continue to provide design and planning consultation," he says, "but we will also oversee more development projects, handling everything, including developing sites for parking, project specs, financing, and owning completed projects."

"As far as I’m concerned, this is the most exciting industry there is," says Dick. "Transportation is constantly evolving, and there is no end to the opportunities we have for new discoveries. Why would I give this up?"